EXPLOITATION OF NATURAL RESOURCES, WHAT IS IT GOOD FOR ACEH

Posted on 5 November 2017 by tengkuputeh

EXPLOITATION OF NATURAL RESOURCES, WHAT IS IT GOOD FOR ACEH 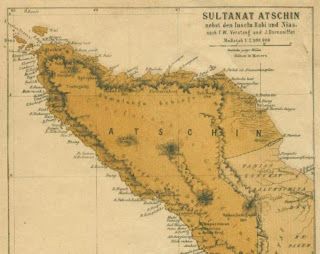 The ancient map of the Aceh Sultanate

Ottoman traders yelled to the shipyard, as the Aceh traders rushed back and forth along the harbor, selling their goods. Several merchant ships from the Dutch East Indies anchored on the dock, filled with expensive and exotic spices to be brought around Europe. This is the Sultanate of Aceh, which was once one of the most powerful empires in Southeast Asia.

Also read: Aceh The First Sovereign Country To Recognize The Independence of The Netherlands

Hundreds of years ago, the archipelago was not yet a single country, Indonesia still has not stood, but it was a war zone of many separate kingdoms. The great European colonial powers saw the kingdom as an opportunity to expand their ever-increasing wealth, and many of them created trade relations with the kingdoms. The Aceh Sultanate is located in a strategic position, at the western tip of Indonesia. Many trades in past Southeast Asia passed Aceh, and traders spread their culture to Aceh first. The Ottoman Empire had strong trade and defense relations with Aceh and spread the teachings of Islam to Aceh, which eventually spread to other parts of Indonesia.

Aceh has against foreign influences, from winning the war against the Dutch to fighting and resisting Japanese occupation at the start of the Second World War. In 1953, as soon as the Second World War was over, and Indonesia became a united state, Aceh rebelled again in the form of DI / TII (Darul Islam / Tentara Islam Indonesia). Indonesia’s first president, Soekarno, has promised the Acehnese he will make Aceh a province, as a special area that will run the Shari’a of Islam. He then ignored his promise and combined Aceh with other areas into a province, called North Sumatra that sparked a 9-year insurgency (1953-1962).

Aceh was at peace between 1962 and 1976. then peace in Aceh did not last long. The Free Aceh Movement or Gerakan Aceh Merdeka (GAM) was created on 4 December 1976 by Hasan Tiro when many US oil and gas plantations began exploiting natural resources in Aceh. This exploration of natural resources was made with the approval of the Indonesian central government, which the Acehnese felt did not represent them. They asked for new infrastructure in Aceh, and Aceh independence. In 1989 a series of security incidents prompted the Indonesian government to send troops to the Aceh region, known as the Red Nets Operation or Military Operation Area (DOM) managed to make the activities of GAM smaller and make AM activists forced to continue their struggle abroad but on the other hand resulted in a number of major human rights violations in Aceh.

When Orde Baru collapsed and second President Suharto resigned (1998) due to reform in Indonesia, tensions in Aceh increased again. The government responded to the growing unrest by sending thousands of Indonesian troops. Wars and revolutions have created a very dangerous environment for people in Aceh, with thousands of lives and wounding tens of thousands of people. On the other hand, during this time of the dispute, foreign companies seeking natural resources to be exploited have ignored Aceh, due to fierce fighting. The Leuser Ecosystem, which is entirely unique in Sumatra, is indirectly protected from the threat of foreign resources due to the conflict in Aceh. 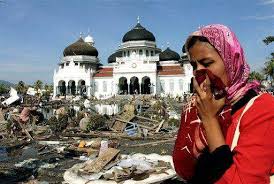 The conflict between the government of the Republic of Indonesia and GAM continued so that Megawati Soekarno Putri (fourth president) government implemented Military Emergency status in Aceh in 2003, and sent 12,000 Indonesian Armed Forces troops to Aceh. In 2004, the war in Aceh was alive and well, and the same could be said for the forest. Although there is something great in the Indian Ocean, something that will change the whole region forever. An 8.9 earthquake on the Richter scale of the sea created a tsunami that killed more than 170,000 Acehnese, causing the Free Aceh Movement (GAM) to sign a peace deal with the Indonesian government on 15 August 2005 in Helsinki, Finland.

Now Aceh is the main target of exploitation, with an estimated 500,000 displaced from a wave of palm oil plantations, rubber plantations, cement plant opening to gold mining and coal mining, Acehnese is in serious trouble. Selling the family land to foreign plantation companies to earn money for their children to study at university, to pay for housing, or to pay off increasing debts.

Of course, the end of the war is a joy for the people of this region. The Aceh War (1976-2005) has killed 15,000 people, and basically stopped all regional economic development for 30 years. With a $ 7 billion donation collected from the Indonesian government and donors around the world, Aceh is now very different from Aceh before 2004. The tsunami may have destroyed hundreds of thousands of lives, but it provides an opportunity to build a new Aceh. Massive transport systems are increasing across the region, allowing faster and more secure evacuation in case of other disasters like this.

With the war over, and the province is changing, the Aceh region experienced a massive forest destruction movement due to exploitation. Hundreds of people selling their family land in the rainforest quickly needed money, and a second tsunami came, which cut and burned the forest. This new tsunami is not very legal and very expansive and damaging to hit the Leuser ecosystem and more deforestation than ever before. What is done on behalf of investment pretext is done by national and international companies? The conflict in Aceh has protected the forests, but now with people too weak to fight their wars global economy, Leuser ecosystem bears the burden of punishment experienced by Acehnese people who have been suspended for decades.

The massive exploitation of nature has never been profitable for nature and the surrounding community, which has greatly benefited big investors and government officials who earn fast money. Deforestation of the Nature Reserve area of Kuala Tripa by coal mining companies not only destroys the population but also destroys the area of ancient Sumatran tigers to eat crabs from the Leuser forest through mangrove forests on the coast.

As the gas exploitation in Arun, North Aceh, by Mobile oil and later Exxon Mobile, which has not benefited the surrounding community since the 1970s, the plan to build a cement factory in Laweung tends to bring moral damage to the surrounding community. It’s no secret in Aceh if the people around the mine tend to be beggars who will roam across Aceh carrying the holy verses of the Qur’an, it’s a shame!

Should Aceh be unkind Investors? If the leaders of Aceh today want to learn a little history. So they should understand that the progress of Aceh in the past is not to destroy nature, not by selling a piece of land for oil palm plantations for example. But by exploiting nature, strategic geographical location to take part in world trade.

Aceh is a blind alley in Indonesia, the position of the West end puts Aceh if it wants to sell something to Jakarta to get the least profit, and when buy get the highest cost price. The solution is to open global access, empower the port of Sabang. Unfortunately, there has never been a serious attempt at it, either forgot or turned a blind eye. 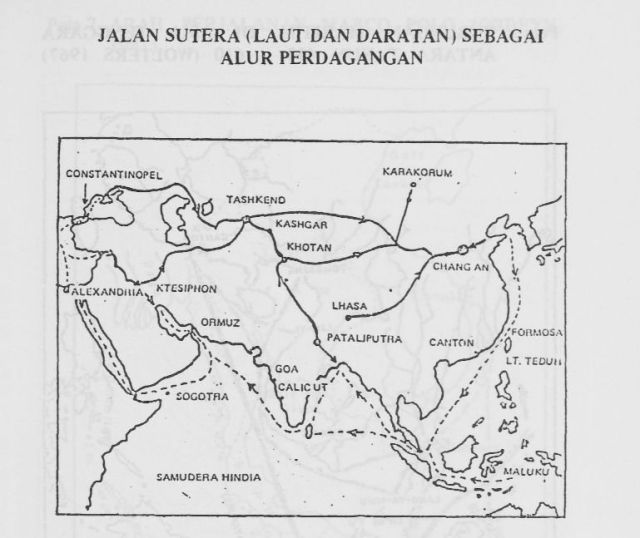 It should be Banda Aceh, which since the year 1200 AD has become the center of world trade is currently forgotten in the corner of the archipelago. That Bandar Aceh Darussalam (Now, Banda Aceh) once became a “Cosmopolitan” city for him was a place of mixed race that inhabited the world, now we hear Cosmopolitan, then imagined cities like Hong Kong, New York, Singapore, Tokyo, London, Paris, not Samarkand, Bukhara, Damascus, Merv, Esfahan, Baghdad or Banda Aceh. Times are changing, the cities that used to be the center of civilization where the gathering of all nations, now forgotten, confined within the new boundary lines that are immersed in the colorful maps of the world.

Wake up Aceh! An awareness that they may be caught in a danger that is simply drifting into life, lulled into a special economic status and not giving glorious scores in the world’s history.

24 Responses to EXPLOITATION OF NATURAL RESOURCES, WHAT IS IT GOOD FOR ACEH