THE POLITICS OF AN ABUNAWAS

Posted on 1 December 2017 by tengkuputeh 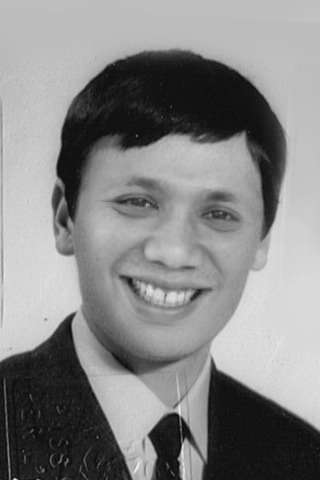 Abu Nawas version of the 1920s

THE POLITICS OF AN ABUNAWAS

A joke will feel closer, it calls the sense of emotion, proud and happy intimately when the time is too narrow to scream or cry for fate. Maybe that’s why Abu Nawas feels so familiar. Each time a character is displayed with a mighty, distant distance. Distance to awe from afar, trying to understand wisely. And for that Abu Nawas present displays irony, opening the door to wise. No wonder he reaches anyone.

In the story, we learn wisdom with joy, that our hearts lightly know that the sacred is not so thrilling, that those in power need to listen to the fool. Jokes find something noble, not just a scattered mess, at least it gives meaning.

Abu Nawas was born from history, not from nothing. Abu Nawas original name is Abu Ali al-Hasan bin Hani al-Hakami. He was born in 145 H (747 AD) in the city of Ahvaz in Persia (present Iran). His father, Hani al-Hakam, was a member of the military legion of Caliph Marwan II. While his mother was named Jalban, a Persian woman who worked as a woolen washer. Since childhood, he was orphaned. A glorious life in the reign of Harun Al-Rashid, in a chaotic manner, can help or at the same time defeat the Caliph in any matter.

It was a golden age where gold was spoken more than wheat, dismantling old habits of looking at riches and possessions, the abundance of gold is also something wrong, when demand and supply are not working properly, eventually in a big city, in a crowded market, not many knows. Behind the power of a sultan, what is it? And who’s there? Reminded that even the most glorious Caliph needs input from a naughty moron.

It is a pity if a country is led by those who like to pretend when the mouth says differently from what is in the heart. But the misfortune that exceeds it is the willingness of people to accept the deception with sincerity. So what misfortune can exceed this.

Therefore, the figure of Abu Nawas will always be remembered by us when we are tired of the political nonsense. When cleverly seated, silent, stunned, seeing the present as the present, but the defective past. Together with Abu Nawas we know that the holder of power is no more ordinary human being who can be wrong, and that power is not so terrifying as we respond with humor, because all human beings whoever he is able to accept the fun, with earthy because almost no one away from the fun, funny, naughty and unexpected.

Politics Abu Nawas is not extraordinary great, he gave advice is not a legal fatwa, that is where born the depth of wisdom. A political life of repetition that repeats every time throughout the day, showing life as a coincidence that is not clear direction and as absurd. But therein lies something wise, that politics, as a calling, is actually a sadness call, and in that, sorrow we should be on duty. In jokes and smiles, paradox. Because laughing is the most beautiful thing in the world, if we understand the aesthetics.

Perhaps, when it’s the great is not so shocking and unbelievable means again. Humor and irony save more than dreams of power and glory alone. Where humans find noble in life, freeing practical sense from profit-loss alone.

2 Responses to THE POLITICS OF AN ABUNAWAS