Posted on 8 September 2017 by tengkuputeh 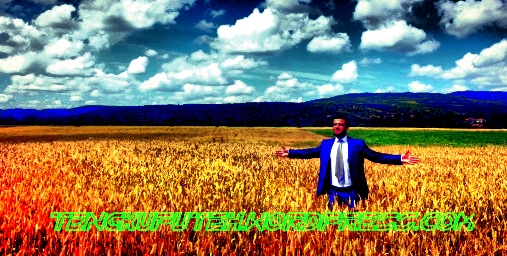 Because the person (profession) who considers himself the most important, the ablest to change the world, the greatest is the most arrogant, and most hypocritical.

Tax is the cost of civilization. We get out of a museum, walk while whistling safely, and know that there’s not much in the world for free, and it’s getting more and more expensive. The museum will not stand by itself, that sense of security will not arise, and we may not be happy to go there if there are no publicly held things, the research of ancient objects, the care of historical relics, the way to the place of the museum and the courts that work to maintain the rule of law are all elements of human civilization, which need to be continued, and need to have cost. And those costs can only be covered by taxation.

But taxes can also be a source of corruption, suddenly we feel able and need to argue. Taxes can also lead to abuse of authority. With the tax of citizens financing the legislators in parliament, the politicians. And taxes also citizens pay the salaries of officials, bureaucrats, those who are called rulers. And what is the result?

And it turns out taxes are also capable of triggering the revolution. In the history of the French Revolution, the top names of the most hated sequences are the financiers. Before the French Revolution, France undertook “de bureaucracy” or rather “privatization” of taxation. This country, unlike Britain, has no government apparatus for fiscal affairs. Every six years, the palace offers people the opportunity to “reap” some kind of indirect taxes from the community. The condition, they, who work in a syndicate, must give some money to the kingdom.

People call them “bloodsuckers” and they think themselves the best aides of the kingdom. Both can be true.

Why? With harsh efficiency, the “Reaper” syndicate attracted excise, especially the salt and tobacco tax. And these financiers also have other powers, in important commodities like tobacco and salt, they are also producers, manufacturers, processors, warehouse keepers, wholesalers, and retailers. The salty journey from being a consumer to a complicated story. At each stage, the goods were checked, recorded, escorted, checked again, recorded again, and certainly taxed. Price in control, warehousing supervised. And it all involves a disease called “high-cost economy”.

In such systems, the rich are the financiers. Their house is flashy, their girls become the target of nobles to marry, who want to get a splash of treasures that can be exchanged with a few noble titles.

But the people, hate them fiercely. Like every profession, whatever it is, is it a doctor or a rice warehouse keeper, when they distance themselves from the surroundings, lose their senses, and assume the most important is their own profession, without the will of empathy. So, most people will be hard to hold their hearts when faced with them.

Not surprisingly, when the French Revolution erupted, these “reapers” were dragged under the guillotine blades first. If only, they had a chance, in case of other circumstances, their heads should not be thrown into a straw basket. But that time France had failed to be saved.

Some historians write that if France were like Britain, which relied on relatively clean bureaucracy, in terms of taxes, and not the private and greedy fiscal “reapers”. The Bourbon dynasty might have a better ending. But we never know because history can not be written with the word “ifs”.

Almost 20 years before Louis XVI was beheaded by the Revolutionaries. Minister Turgot tried to “deregulate”. He failed. Why? Some say he is in too much of a hurry, and some say his deregulation creates many enemies whose interests are threatened. Uniquely, the challenge was present instead of the nobility (bureaucrats) who enjoy the harvested results (with the spree of course). And in dealing with society, they have a shield of hatred, the financiers.

Finally in France at that time, corruption was no longer overcome. It is like cancer that eventually plunges hope and trust. He concludes the possibility that there are still people around.

When on this day the question arises. Look at the taxes paid, but the poverty remains insurmountable. Money is ultimately inhaled by bureaucrats who are supposed to help the poor, instead they, the poor get the last drop. This justification is not merely born out of a vacuum, a society that is not a mindless rodent.

But a nation, it is difficult to walk without taxes. People’s libraries, urban parks, nursing homes, firefighters, public schools, and social assistance without taxes are all in jeopardy of budget shortfalls.

That is certainly not a big deal for the rich. They can still enjoy their own library books, or fly to a place in Singapore to buy Ming dynasty ceramics. The rich have mobility and alternative, while the poor do not. Taxation is the real management of funds from the community.

Of course, it is impossible to hope that all the problems of the nation can be overcome by a mere tax apparatus, The state consists of many layers of bureaucrats, society, and even social groups. Everyone has the right to help and supervise, even from the most painful words. Because the person (profession) who considers himself the most important, the ablest to change the world, the greatest is the most arrogant, and most hypocritical. No human can live without another human being.

Therefore we study history. Because history is stories of imperfection. Only with good thoughts to the world, we will not despair face the future.

3 Responses to TAX AND CIVILIZATION