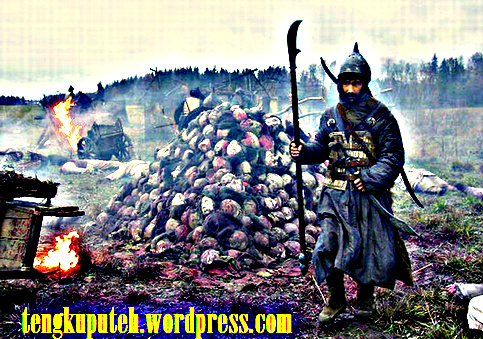 The Mongol conquest always left the mountains of human skulls

Ibn Khaldun said, “Losing cultures will follow the winning culture”. And of course, the conquest of the Mongols / Tartars was forced to be excluded from this theory. We can see how the Mongol / Tartar conquerors who devastated Baghdad eventually embraced Islam through Takudar or Muhammad Khan and elsewhere the grandson of the conqueror “Genghis Khan” Kublai Khan chose to follow Chinese culture and founded the Yuan Dynasty. 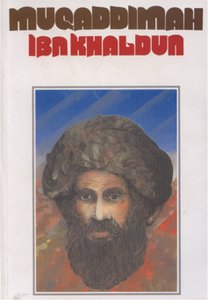 The Book of Mukkadimah written by Ibn Khaldun

But Ibn Khaldun’s theory proves to be valid, for example when Germany, Japan, and Italy (the Axis block) were conquered in World War II. So the system of Fascism disappeared from the face of the earth replaced by the system of Capitalism / Liberal and Communist who became the winner and the most obvious is when Germany separated into two parts of West Germany and East Germany.

The pattern of re-emerging occurred when Communism collapsed in the late 1980s, in which Eastern European countries ran away from the Communist system to replace it with a more open and “more democratic” economic system. Even now China and Vietnam, while still embracing Communism but being “forced” Should liberalize the country’s system of international “globalization pressures” of the world.

Practically in the present era, the so-called Liberal Democracy is at its heyday after Fascism is buried and Communism is conquered. What is in the name of Democracy under the banner of the American West and its allies is the absolute truth that must be followed by another country, in full or by modification.

US President George W. Bush once boasted at the end of 2005 confidently saying that “Every nation that exists in the world today should stop all efforts to compete with Western culture.” Although the next day the Russian President, it is possible to maintain prestige. Vladimir Putin replied, “We are not the same, and we are not with you”. But we have to admit that Western dominance is really strong in today’s world.

Automatically and very clearly put forward by Samuel Huntington in Clash of Civilization that the threat to Western culture is Islam. And the difference becomes clear when the values continue to clash. Many examples are happening and the author thinks no need to be written again because we all already know.

The question is Dare we say “Your values are different from our values and do not force us to follow you.” Courageous in actions, words, and intentions. And hopefully, the courage is not fading away from our self.